The ‌M2‌ offers faster performance, a larger display, ‌MagSafe‌, and Apple’s latest design, which is worth the $200 premium if you can swing it.

Key features of the new MacBook Air include Apple’s latest M2 chip, a new design with flatter edges, a slightly larger 13.6-inch display with a notch, MagSafe charging, an upgraded 1080p camera, and new Starlight and Midnight color options alongside Silver and Space Gray. The notebook is also equipped with two Thunderbolt 3 ports and a 3.5mm headphone jack with support for high-impedance headphones.

Pricing for the new MacBook Air starts at $1,199. The notebook is available with up to 24GB of unified memory and up to a 2TB SSD. 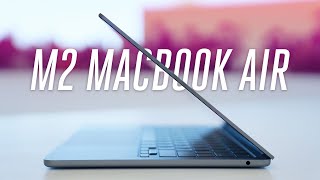 The M2 Macbook Air review embargo was just lifted and suddenly we are presented with a plethora of real-world impressions of Apple’s latest 13.6″ ultrabook, the most popular laptop in the line-up and the reasonable default choice for most people. Within the first wave of tech influencers receiving review units, as usual, some of the best early insights come from Dave2D and The Verge.

The Air is impressively thin and light, but it also has a bigger and better screen, a great set of speakers and a nifty MagSafe power adapter. And thanks to Apple’s M2 chip, it’s also far speedier than the last model, a computer I called “stunningly fast” just a year-and-a-half ago. Once again, Apple has set a new standard for ultraportables.

The Verge‘s Dan Seifert said the new MacBook Air is “a success on virtually every level,” but he said that customers looking to upgrade from an older notebook should still consider the previous MacBook Air with the M1 chip, which starts at $999:

The new MacBook Air is a success on virtually every level. It’s got a better screen, thinner and lighter design, better speakers, a much-improved webcam, an excellent keyboard and trackpad, more convenient charging, and excellent build quality.

But that success comes at a cost, literally, and the performance advancements over the M1 model aren’t as stark as the design and feature improvements are. The M2 Air is a better choice for the vast majority of people over the 13-inch M2 MacBook Pro model, even though the Pro has slightly better performance and longer battery life.

This is the most important Mac of the Apple silicon era so far. The Macbook Air is the best-selling Mac in Apple’s line-up, and this represents its most dramatic redesign, the first actual redesign after moving away from Intel. This laptop was designed to be fanless and to be powered by an Apple low-power SoC all the way back from the drawing board. So in a way, this is the moment the Apple silicon transition got real.

The lineage of this laptop begins in 2008 with the first Macbook Air, a very limited and niche machine that paved the way to ultrabooks as we know them, by way of the historic 2010 redesign (which spawned clones for a decade), the experimental fanless 2015 Macbook 12″, the 2018 Retina MBA and the too-good-to-be-true 2020 M1 Macbook Air (so good that Apple had to somehow nerf it in the new generation by halving the SSD performances of the base model, that’s what happens when there’s no credible competition, and the best thing is that even after being nerfed it’s still a compelling value proposition experience-wise).

And now this: the M2 Macbook Air, the first fanless laptop from Apple that can be considered somewhat competent at gaming and GPU-based workloads.

What More Is There To Ask?

– the base 256GB model has undergone the same (now infamous) 1x256GB and chip treatment as the M2 MBP, so it’s going to be slower than its predecessor on that specific front, which makes going for the 512GB tier a no-brainer upgrade for techy types and power users (while probably not making lose any sleep to most regular walk-in-and-buy retail buyers)

On the other hand, the M2 MBP lacks Magsafe, the new 1080p webcam, function keys, and that dedicated additional strip of display for the Menu bar that comes with the notch. (I will never understand people hating on the notch, it’s just more screen real estate for the Menu bar)

It’s almost like we still have to see a laptop that makes the M2 truly shine at its fullest potential. You get no fan or a 6-year-old design. I hope Apple will eventually release a cheaper 2-port variant of the 14″ MBP, with M2, no ProMotion, and no miniLED. (Mark Gurman has been rumoring this for a while if I remember correctly)

That said, this M2 Air is a no-brainer (but anyone techy enough to be reading this should splurge for 16GB/512GB), it’s crazy fast, lasts all day, and will make a decent Baldur’s Gate 3 (once that game is finally out) machine. It’s everything we could have ever asked for in a fanless ultrabook. And it exists only because of Apple’s transition to their own ARM SoCs.

ps: I like that Apple this time managed to sneak their usual base/better/best FOMO-upgraditis even in the charger section of the buying experience, with all those single port, dual port, compact, faster, etc. options, gg Tim, keep those margins flowing. 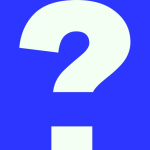 We Will Help You Save Time And Live More With The Latest ,Simplest and Best Help Guide ,Valuable Information And Advice….Learn How To Do Anything Online For Yourself Daily! Do you have any news or article you would like us to publish? Kindly reach us via howto.buzz.com@gmail.com

We Will Help You Save Time And Live More With The Latest ,Simplest and Best Help Guide ,Valuable Information And Advice....Learn How To Do Anything Online For Yourself Daily! Do you have any news or article you would like us to publish? Kindly reach us via howto.buzz.com@gmail.com