We all have seen news about unauthorised spy cameras used by spy agents or people who don’t trust us- we haves seen it in movies and also in real life! No one want’s to be captured on hidden camera in his private life and exposed to the public but are these cameras legally acceptable?What does the law say?

According to South Korea Police on March 20, 2019, about 1,600 people have been secretly filmed by hidden spy cameras in the motel, hotel, inn rooms and even washrooms! 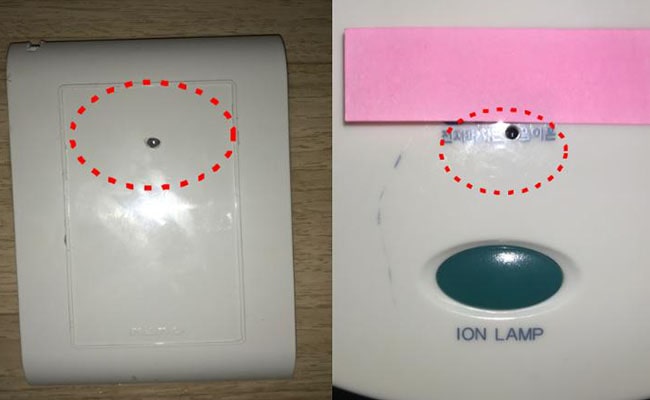 On April 3, 2019, CNN reported a piece of shocking news that about 1,800 women were secretly recorded in California labor and delivery rooms.

If you’re concerned that someone might be spying on you, there are a few simple steps you can take to check for hidden cameras.

Most of these methods are totally free, legal and with a little effort you should be able to find any hidden cameras in your home,office or hotel.

Just remember, hidden cameras can be hidden anywhere, so it’s important to be thorough in your search. But with these tips you should be able to uncover any hidden surveillance in no time.

Laws have strict legislation on privacy. Under no circumstances should anyone use hidden cameras to do illegal spying or surveillance.

Normally Hidden spy cameras are not allowed in the below areas:

Here Are 6 Simple Ways You Can Do To Detect A Hidden Camera: 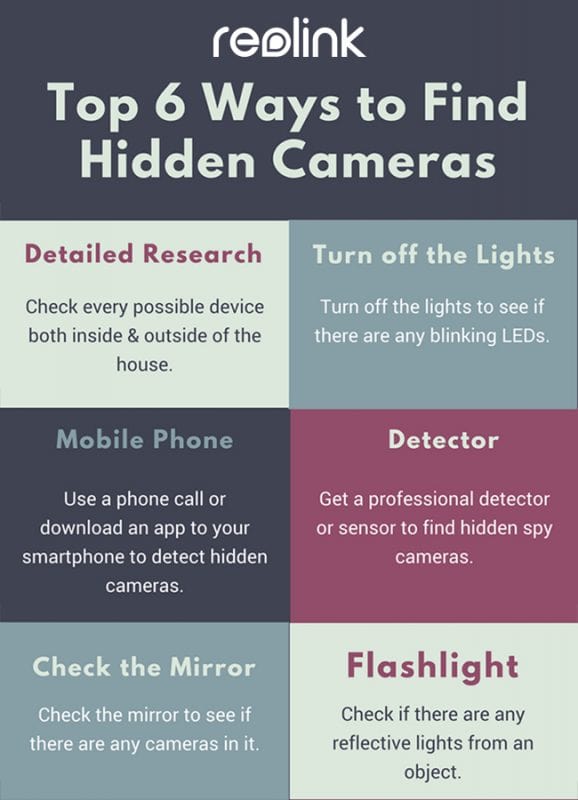 You can buy electromagnetic radiation detectors, optical detectors, and other equipment for detecting hidden cameras and use them to check each room yourself. The cheapest ones, with a detection radius of only a few feet, start at $3; professional and more powerful ones are obviously more expensive

The below step-by-step will guide you to find hidden cameras within minutes. And it’s totally FREE! Just a little trick can make the spy cameras no place to hide.

The easiest way to detect hidden cameras is checking around the environment carefully. Search carefully would be helpful to spot “obvious” hidden cameras.

Some objects may reveal suspicious wires, if you find some unusual power outlets or adapters, unplug them immediately.

2. Turn Off All Lights And Draw Curtains To Spot Hidden Night Vision Cameras By Using Your Mobile Phone

Most hidden security cameras have red or green LEDs. The LEDs will blink or shine in low-light conditions.

When in low-light conditions, the LEDs around the camera lens will turn on to supplement the lighting for the cameras to produce clear night vision. You can spot carefully for red or green LEDs by using your mobile phone.

Step 2. Use your mobile phone camera to search around the room to find LEDs blink or shine lights

3. How To Check The Mirrors In Your Room For Hidden Camera

Most hidden cameras in the mirrors are installed in the toilet or changing rooms. Some awful guys would install a hidden spy camera on the other side of a mirror that can see-through, while the front side looks like a normal mirror.

There’s a tip for you to figure out whether there’s any spy camera behind the mirror.

1. Point your finger on the mirror.

2. Observe the gap between your finger and mirror.

1. Turn of the lights in your room and turn on the flashlight on your mobile phone

2. Pan the flashlight around the room.

Spot slowly and examine any suspicious. If you notice any reflective lights, there might be a hidden camera.

Some of the readers have left their comments for the recommendations of hidden camera detector devices.

Thus, our team has done detailed research and shared some effective CCTV camera detectors that are effective to detect hidden spy cameras.

If you are looking for a spy camera detector to scan your bedrooms, living rooms, and other wide-range areas, especially in hotels and Airbnb, you can use the device that combines both RF signal and lens detection.

You can turn on the RF signal detection of the hidden camera detector first, and locate the main positions or areas.

After that, you can use the lens detection function to spot the hidden cameras.

A spy camera detector that combines the 2 functions would look like the one in the image below. 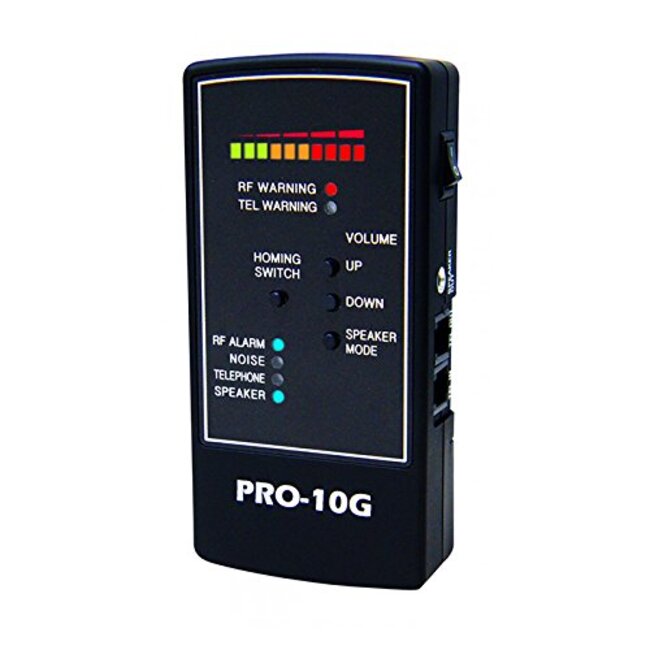 If you want to scan if there are any shower cam or hidden mic in the bathrooms or fitting rooms, you can get a  small and light camera detector like the below one.

This type of camera detectors is suitable for detecting bugging devices in bathrooms, fitting rooms or other small rooms.

It’s easy to use and quite small so it’s portable to take. 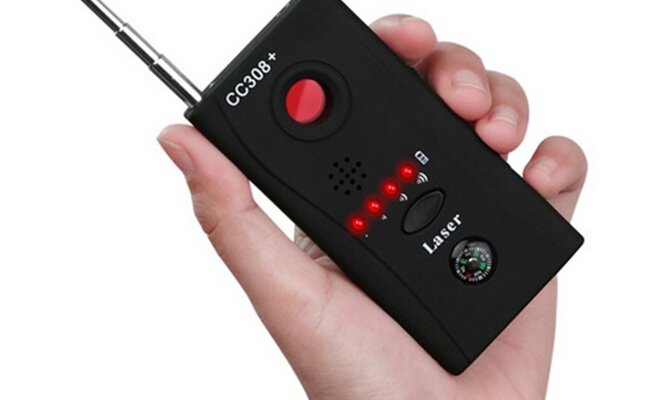 How can you detect hidden cameras in TV or laptop? Do you have other easy tips to spot hidden spy cameras? Share your ways with us below -Thanks.